Gone to Ground by Brandilyn Collins 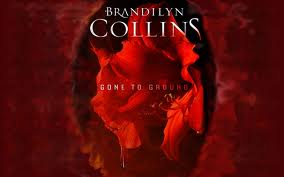 Brandilyn Collins has done it again with Gone to Ground, her latest novel from B&H Books. How she keeps coming up with these nail biters is beyond me, and I actually feel quite guilty that I can whip right through one of her books in hours. If you're looking for a perfect vacation read that will keep you on the edge of your seat then I recommend this new one!
A  murder mystery told by three different characters who all think they know who the killer dubbed as The Closet Killer is. Cherrie Mae, a cleaning woman who has the trust of everyone in this small town of 1700 people, Tully, a young pregnant woman who suffers abuse at the hand of her husband, and Deena, a hairstylist whose clients include most of the townspeople. All three women know of each other, but circumstances and speculation cause them to come together as they reveal the heartbreaking details of the people they suspect.

Here's a recent press release about the book:

"There are many reasons why Brandilyn Collins’s books repeatedly top the ‘best of’ lists year after year.”  --Book Reporter

"After reading 13 novels by Brandilyn Collins, I’m still surprised by how unique each of her books feel…Gone to Ground is another exceptionally well written novel which captures the feel of a small southern town."  --The Christian Manifesto

[Collins] is best known for her gripping mysteries, but it's her well-drawn characters that keep us coming back time after time. --Romantic Times Magazine

NASHVILLE --Amaryllis, Mississippi is a scrappy little town of strong backbone and southern hospitality. Its citizens are friendly, its families tight. On the surface Amaryllis seems much like the flower for which it’s named--bright and fragrant.

But the Amaryllis flower is poisonous.

In the past three years five unsolved murders have occurred within the town. All the victims were women, killed in similar fashion in their own homes. And just two nights ago--a sixth victim.

Now three terrified women are sure they know who the murderer is--someone dear to them. Unaware of the others’ suspicions, each woman must make the heartrending choice to bring the killer down.

But each suspects a different man.

Gone to Ground (March 2012, B&H Fiction, $14.99, Trade Paper) is the latest suspense by Brandilyn Collins (OVER THE EDGE, DECEIT, EXPOSURE).  As Brandilyn's 23rd book, this is her first set in the South.

"To research this book, I traveled to Jasper County, Mississippi, where my fictional town is set," says Collins.  "I met people, interviewed them, and walked the exact area where my town of Amaryllis is placed.  I love placing suspense in small towns, because there, everybody thinks they know everything about everybody.  They don't.  The secrets just run…deeper."

BRANDILYN COLLINS is the bestselling author of 23 novels, known for her trademark Seatbelt Suspense® -- fast-paced, character-driven novels with myriad twists and an interwoven thread of faith.  Awards for her novels include the ACFW Carol Award (three times), Inspirational Readers' Choice, and Romantic Times Reviewers' Choice.  In 2002, The Writer magazine named her nonfiction release, Getting Into Character (John Wiley & Sons) one of the best books on writing published that year.  She and her family divide their time between homes in the California Bay Area and northern Idaho. For more information, please visit BrandilynCollins.com.

This book was provided for review by PR By The Book.
Posted by Suzanne at 1:08 PM