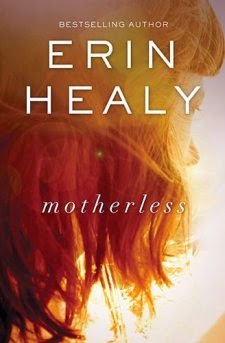 This book is unlike anything I've ever read, and to be honest, I didn't like it at all. I found it very hard to get into, found the following of a ghost telling the story to be odd and just plain weird.
Truth be told I couldn't make it all the way through this one. It was just a little too out there for this reader.
I have enjoyed some of this author's books in the past, but after the last couple I think I'm finished with her works.
About the book:

Guilt may be the most dangerous motive of all.
On a rainy night seventeen years after his wife's presumed suicide, Garrett Becker sees her walking down the street. A car accident snatches him away from this world before he can reach her.
Marina has spent her whole life mothering her brother, who suffers from an anxiety disorder. After their father's accident, they face losing their home-the only place Dylan's fears are held at bay.
Crushing debt is just one of their father's secrets. Old keepsakes lead Dylan to believe their mother is alive and lives nearby. Sara Rochester is a successful chocolatier who doesn't dwell on her past and never expected the resurrection of its ghosts. But after Dylan confronts her, Sara consents to parent the only way she knows how: with money, chocolate, and a gross deficit of experience.
Sara's hesitant presence divides Marina and Dylan. Marina doesn't believe that Sara is their mother. The woman's paper-thin lies suggest she might even be responsible for their mother's death. When Marina's suspicions spark an investigation, no one is prepared for the tragic truth or the powerful redemption that Marina's actions expose.
Narrated by a storyteller with more to lose than any other character, Motherless is a richly layered mystery about the power of perception-and deception-among people seeking forgiveness for irreversible sins.
This book was provided for review by BookLook.
Posted by Suzanne at 2:27 PM