If I Run by Terri Blackstock 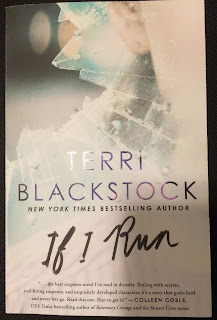 I could not put this book down and stayed up way past my bedtime in order to finish it. If I Run is (unfortunately) the first in a trilogy and opens right in the middle of the action where Casey is running from life as she knows it to protect herself and uncover the truth about secrets buried deep. I say it's unfortunate that it's the first in a trilogy because of the waiting between books. This one leaves the reader hanging at the end and the waiting is worse than a cliffhanger between seasons of your favorite television show.
Terri Blackstock shows us again why she has such a devoted following as she continues to write stories that are new and different. I've lost interest with many of my previous favorite authors because the stories are all the same. Blackstock never stops growing as a writer and her work is proof. She is in a different class and this is one book not to be missed.
Highly recommended. 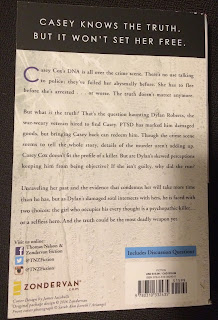 This book provided for review by BookLook
Posted by Suzanne at 8:11 AM