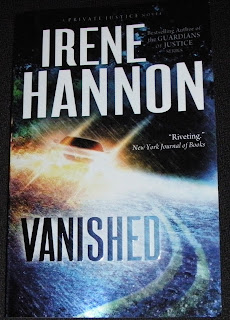 This is the first book I've read by Irene Hannon and I can promise that it won't be the last. It had me riveted with the suspense in it. I didn't want to put it down, but it made me so nervous I didn't want to keep reading!

A car accident in the middle of the night leaves Moira confused. She's sure she hit someone but the evidence has all but disappeared. Her instinct as a reporter is telling her to dig deeper, but digging deeper may cause her her life.

This is the kind of book that I like. One that grabs your attention and holds it to the end with an exciting storyline that is completely clean. Kudos to the author for this clean read.

About the book & author: