Gone Without a Trace by Patricia Bradley 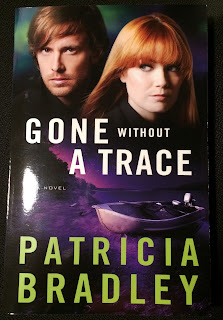 To be honest, I didn't make it through this book. I started it, but then I put it down and lost interest and never picked it back up again. I can't even remember who the characters were. Perhaps bad timing on my part, but I didn't connect with it at all.

From the back cover:
The past is repeating itself and time is running out.
It's been more than two years since homicide detective Livy Reynold's cousin disappeared from Logan Point. Unlike most people in her hometown, Livy has never believed that Robyn left voluntarily. When Dallas private investigator Alex Jennings contacts her concerning a senator's missing granddaughter who was last seen in Logan Point, Livy notices eerie similarities between the two disappearances. With self-doubt plaguing her and an almost instant dislike of the self-assured PI, she's finding this investigation an uphill battle. But with the prospect of finding her cousin on the horizon, she'll have to find a way to work with Alex--before it's too late. 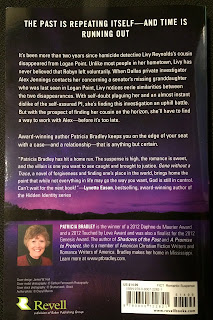 This book was provided for review by Revell.
Posted by Suzanne at 2:43 PM