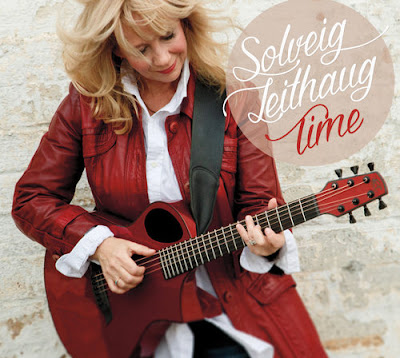 I hadn't heard of Solveig Leithaug until I was approached about joining a blog tour for her latest CD, Time. Once I received the album (yes, I still call them albums) I was immediately drawn to the music and her voice. I haven't  heard a voice this lovely and calming since Michelle Tumes. This is simply beautiful music.
An added bonus for me is that Cindy Morgan has a guest appearance on this CD and is a co-writer. I've been a Cindy fan since her first album in the early 90s. Solveig also covers one of Cindy's songs, Do You Know Jesus?, on this CD.

I'm pretty sure Simple Things is my favorite cut from this work. You can listen to it here:


If you're looking for new music with an uplifting message then I suggest Time. It is calming and soothing in a world that is anything but.

​Time was produced by Steve Hindalong and features some of Nashville’s finest musicians including Jeff Taylor, Stu Garrard, Matt Slocum, and others along with Solveig's signature acoustic guitars.


An interview with Solveig: